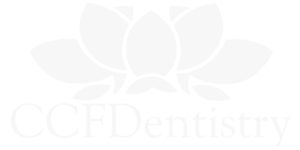 Crooked, cracked, and discolored teeth can affect your self-esteem and the way you interact with the world. If you have a smile you always hide, you might find yourself avoiding or missing out on life’s biggest moments, like going on that first date or auditioning for the lead role in a play that you just know is meant for you. At Camellia City Family Dentistry, we offer cosmetic dentistry services. We believe part of providing ongoing, extraordinary dental care means offering a wide array of cosmetic dentistry services such as root canal treatment, teeth whitening, etc. so you can be proud of your smile during life’s most important moments.

A vital part of our process is taking time to get to know your oral health history, your lifestyle, and your smile concerns so we can, in partnership with you, design the smile of your dreams. Using an array of cosmetic services, we can brighten, straighten, or reshape your smile so it reaches its full potential just in time for your next big opportunity. We specialize in crowns, gum lifts, and veneers, as well as many other services that can change your smile in a time frame that suits your needs.

Whether you want a dramatic smile makeover or a simple teeth whitening, the latest in cosmetic treatments and techniques await at Camellia City Family Dentistry. Our teeth whitening technician underwent an Online teeth whitening training course to make sure that we provide the best services possible. If your teeth have been damaged or discolored because of disease, trauma, genetics, or any number of other factors, contact Camellia City Family Dentistry today at 985-641-4444 to find out more about how you can get the smile you deserve and embrace the life you’ve always wanted!

Restoration of the underlying, natural tooth shade is possible by simply removing surface (extrinsic) stains (e.g. from tea, coffee, red wine and tobacco) and calculus (tartar). This is achieved by having the teeth cleaned by a dental professional (commonly termed “scaling and polishing“), or at home by various oral hygiene methods. Calculus is difficult to remove without a professional clean.

To whiten the natural tooth shade, bleaching is suggested. It is a common procedure in cosmetic dentistry, and a number of different techniques are used by dental professionals. Many different products are also marketed for home use. Techniques include bleaching strips, bleaching pen, bleaching gel, and laser tooth whitening. Bleaching methods generally use carbamide peroxide or hydrogen peroxide. There are claims that carbamide peroxide is less effective than hydrogen peroxide, but also has fewer side effects. Common side effects of bleaching are increased sensitivity of the teeth and irritation of the gums. Occasionally individuals develop an unhealthy obsession with tooth whitening akin to body dismorphic disorder, termed “bleachorexia”.

Before the treatment, the dentist may examine the patient: taking a health and dental history (including allergies and sensitivities), observe hard and soft tissues, placement and conditions of restorations, and sometimes x-rays to determine the nature and depth of possible irregularities.

The whitening shade guides are used to measure tooth color. These shades determine the effectiveness of the whitening procedure, which may vary from two to seven shades. The effects of bleaching can last for several months, but may vary depending on the lifestyle of the patient.

Bleaching is least effective when the original tooth color is grayish and may require custom bleaching trays. Bleaching is most effective with yellow discolored teeth. If heavy staining or tetracycline damage is present on a patient’s teeth, and whitening is ineffective (tetracycline staining may require prolonged bleaching, as it takes longer for the bleach to reach the dentin layer), there are other methods of masking the stain. Bonding, which also masks tooth stains, is when a thin coating of composite material is applied to the front of a person’s teeth and then cured with a blue light. A veneer can also mask tooth discoloration.

Power or light-accelerated bleaching, sometimes colloquially referred to as laser bleaching (a common misconception since lasers are an older technology that was used before current technologies were developed), uses light energy which is intended to accelerate the process of bleaching in a dental office. Different types of energy can be used in this procedure, with the most common being halogen, LED, or plasma arc. Use of light during bleaching increases the risk of tooth sensitivity and may not be any more effective than bleaching without light when high concentrations of hydrogen peroxide are used.

The ideal source of energy should be high energy to excite the peroxide molecules without overheating the pulp of the tooth. Lights are typically within the blue light spectrum as this has been found to contain the most effective wavelengths for initiating the hydrogen peroxide reaction. A power bleaching treatment typically involves isolation of soft tissue with a resin-based, light-curable barrier, application of a professional dental-grade hydrogen peroxide whitening gel (25-38% hydrogen peroxide), and exposure to the light source for 6–15 minutes. Recent technical advances have minimized heat and ultraviolet emissions, allowing for a shorter patient preparation procedure. Most power teeth whitening treatments can be done in approximately 30 minutes to one hour, in a single visit to a dental professional.

Internal staining of dentin can discolor the teeth from inside out. Internal bleaching can remedy this on root canal treated teeth. Internal bleaching procedures are performed on devitalized teeth that have undergone endodontic treatment (root canal treatment) but are discolored due to internal staining of the tooth structure by blood and other fluids that leaked in. Unlike external bleaching, which brightens teeth from the outside in, internal bleaching brightens teeth from the inside out. Bleaching the tooth internally involves drilling a hole to the pulp chamber, cleaning, sealing, and filling the root canal with gutta–percha points, and placing a peroxide gel or sodium perborate tetrahydrate into the pulp chamber so they can work directly inside the tooth on the dentin layer. In this variation of whitening the whitening agent is sealed within the tooth over a period of some days and replaced as needed, the so-called “walking bleach” technique. A seal should be placed over the root filling material to minimise microleakage. There is a small risk of external resorption.

An alternative to the walking bleach procedure is the inside-out bleach where the bleaching cavity is left open and the patient issued with a custom-formed tray to place and retain the agent, typically a carbamide peroxide gel inside the cavity. On review once sufficient shade change has occurred the access cavity can be sealed, typically with a dental composite.

The most common side effects associated with tooth bleaching are increased sensitivity of the teeth and irritation of the gums, which tend to resolve once the bleaching is stopped.

The low pH of bleach opens up dentinal tubules and may result in dentine hypersensitivity, bringing about hypersensitive teeth. It manifests as increased sensitivity to stimuli such as hot, cold or sweet. Tooth sensitivity often occurs during early stages of the bleaching treatment. Recurrent treatments or use of desensitising toothpastes may alleviate discomfort, though there may be occurrences where the severity of pain discontinues further treatment. Potassium nitrate and sodium fluoride are used to reduce tooth sensitivity following bleaching.

Hydrogen peroxide is an irritant and cytotoxic. At concentrations of 10% or higher, hydrogen peroxide is potentially corrosive to mucous membranes or skin and can cause a burning sensation and tissue damage. Chemical burns from gel bleaching (if a high-concentration oxidizing agent contacts unprotected tissues, which may bleach or discolor mucous membranes). Tissue irritation most commonly results from an ill-fitting mouthpiece tray rather than the tooth-bleaching agent.

After teeth bleaching, it is normal to have uneven results. With time, the color will appear more even. To avoid this from happening it is important to avoid making some common post-bleaching mistakes, such as consuming foods and beverages that stain the surface of your teeth.

Nearly half the initial change in color provided by an intensive in-office treatment (i.e., 1 hour treatment in a dentist’s chair) may be lost in seven days. Rebound is experienced when a large proportion of the tooth whitening has come from tooth dehydration (also a significant factor in causing sensitivity).As the tooth rehydrates, tooth color ‘rebounds’ back toward where it started.

Ove-bleaching, known in the profession as “bleached effect”, particularly with the intensive treatments (products that provide a large change in tooth colour over a very short treatment period, e.g., 1 hour). Too much bleaching will cause the teeth to appear very translucent.

Home tooth bleaching treatments can have significant negative effects on tooth enamel. This is especially the case with home remedy whitening products that contain fruit acids and brushing with abrasives such as baking soda.

When bleaching is abused and an individual develops an unhealthy obsession with whitening, the term bleachorexia or whitening junky has been used. The condition is characterized by repeated bleaching even though the teeth are already white and will not get any whiter. This condition is somewhat similar to body dismorphic disorder. The individual perceives their teeth never to be white enough, despite repeated bleaching. A person with bleachorexia will typically continually request more bleaching services or products from the dental professional. It has been recommended that a target shade be agreed before starting bleaching treatment to help with this problem.

Although treatment results can be rapid, stains can reappear within the first few months and years of treatment. In order to maintain your whitened smile, there are multiple ways to protect your teeth and prolong the treatment.

In dentistry, a veneer is a layer of material placed over a tooth, veneers improve the aesthetics of a smile or and protect the tooth’s surface from damage. There are two main types of material used to fabricate a veneer: composite and dental porcelain. A composite veneer may be directly placed (built-up in the mouth), or indirectly fabricated by a dental technician in a dental lab, and later bonded to the tooth, typically using a resin cement such as Panavia. In contrast, a porcelain veneer may only be indirectly fabricated. Full veneer crown is described as “A restoration that covers all the coronal tooth surfaces (Mesial, Distal, Facial, Lingual and Occlusal)”. Laminate veneer, on the other hand, is a thin layer that covers only the surface of the tooth and generally used for aesthetic purposes.